About Meet The Staff

HFCA are very fortunate to have a dedicated team of staff who work with our players every week and teach them the skills needed to play the game. HFCA creates employment opportunities for Khmer youth. 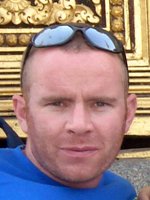 Paraic Grogan is the founder of HFCA. Paraic lived in Cambodia for eight months in 2003 and fell in love with the people and country. Deeply moved by the poverty he witnessed he helped set up the Happy School  which officially opened in June 2003. The Happy School has been running ever since and has educated 500+ children who otherwise would not attend school. Paraic went back to Cambodia in 2005 for three months to continue his work at the Happy School and during this period set up HFCA as he wanted to give street children an  opportunity to play football in a safe environment. In 2008 he entered Team Cambodia in the Homeless World Cup in his home city of Melbourne and they have since been to every Homeless World Cup. His role at the Homeless World Cup is as Team Manager. Paraic hasworked for Jesuit Social Services and City Of Yarra Council as a Community Development worker in inner city public housing estates and for Anglicare as a residential care worker with youth in state care. 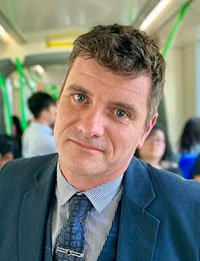 Jon grew up in London and has a degree in Italian and Business Studies from Swansea University and years of experience in catering and promotions, music management, bar and event management. After moving to Melbourne in 2000, Jon set up Cheap Thrills which was a community street press magazine for the 'Northside', distributing 10,000 copies every fortnight. Since then he has worked for Melbourne Citymission, establishing a screen printing social enterprise for disadvantaged young kids, the City of Yarra and Jesuit Communications. With a keen eye for marketing and creativity, Jon established Fair Play together with Paraic Grogan in 2007.

Jon manages the Marketing of HFCA including the website and e-newsletter. He also helps co-ordinate fundraising and sponsorship.