Al-Nasr Sports Club (Arabic: نادي النصر الرياضي) is a professional football club located in Dubai and plays in the UAE Arabian Gulf League. Al-Nasr, literally translating to "victory" in Arabic, was founded in 1945 and is considered as the first and oldest club in the United Arab Emirates. They play at Al Maktoum Stadium, which can hold 15,000 people.

Having arrived into Dubai that morning on our Emirates flight from Phnom Penh to Dubai, Saray and Udom were excited to see one of the Giants of UAE football take on their arch rivals Al Wahd. The standard of football was very high and seeing former Manchester City and Seville FC legend Álvaro Negredo score in a 3 - 0 victory for Al-Nasr was extra special for Saray!

Before we flew out to Dubai we had read that the people from the UAE thrive on their hospitality. It was all true as all the Emiratis we met were extremely friendly and welcoming people. The Al-Nasr club officials gave Saray and Udom the VIP red carpet treatment before, during and after the match.

Saray was selected to go on this trip of a lifetime in December when our friends Emirates organised a special football match with Cambodian national team player Prak Mony Udom attending. Working with Emirates on this project was a great experience for HFCA and we thank Emirates for bringing Saray and Udom to Dubai. Special thanks also to our friends at Al-Hasr and the UAE Arabian Gulf League. 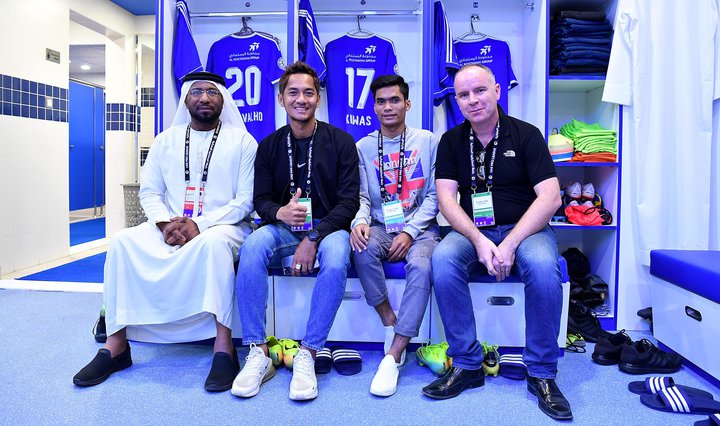 What a wonderful adventure Emirates organised for Saray Seng as he travelled with his hero Udom to experience the amazing city of Dubai and the natural beauty of UAE. 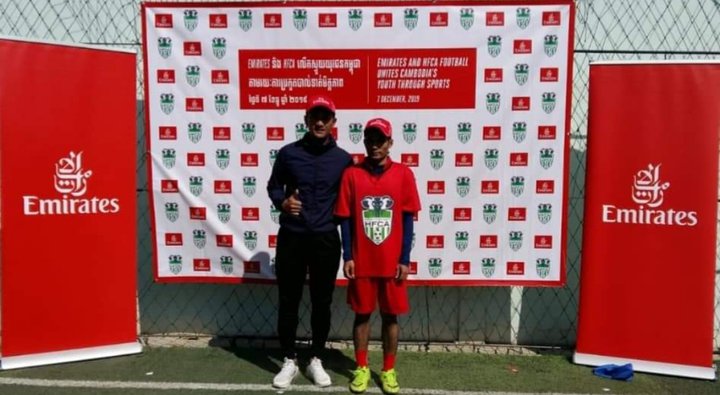 A huge day at HFCA as Emirates organised a friendly match and brought along renowned Cambodian footballer Prak Mony Udom.