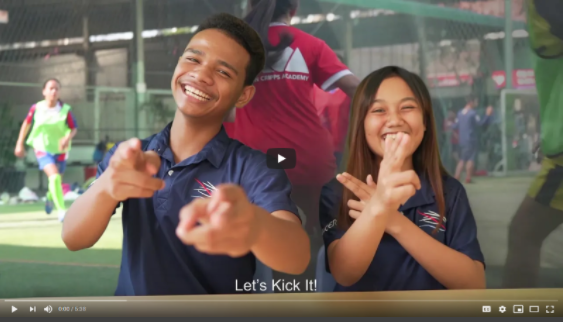 The HFCA show was launched in April 2019 and we are proud of the nine full HFCA TV show episodes our Khmer team of twenty students produced.

HFCA and our partner Liger Leadership Academy have always strived to ensure that when the Liger students engage with HFCA it's in a challenging and rewarding work environment. Our production team also worked on short commercials and a graphic advertisement which were launched on our HFCA Facebook page before each episode.

Like Liger Leadership Academy, HFCA are committed to increasing female participation in Cambodian society so we ensured that all roles such as Hosts, Interviewers, Camera Operators, Film Editors, Sound Engineers, Green Screen Operators, Graphic Designers, Subtitles and Translators, Video Annotator, Music and Credit editor had males and females working in them.

"Looking back on the start of this nine-episode first season of HFCA TV, I am struck by the determination and openness to feedback from our Liger students. They began as a group of thirteen- to seventeen-year-olds with an interest in either film or football, and have grown into a collaborative production team who understands the overall mission, as well as his or her individual role''

"Many thanks to Paraic Grogan, my co-producer, who has always strived for excellence, held us accountable in order to maximize student growth, and truly understood the impact this show could have. We are proud of the show, the obvious improvements that Liger students were able to make over the course of the episodes, and the stories we were able to tell. HFCA as an organization has been a beacon of hope for Cambodian children, especially Cambodian girls, and we are thrilled to have supported them in their outreach."