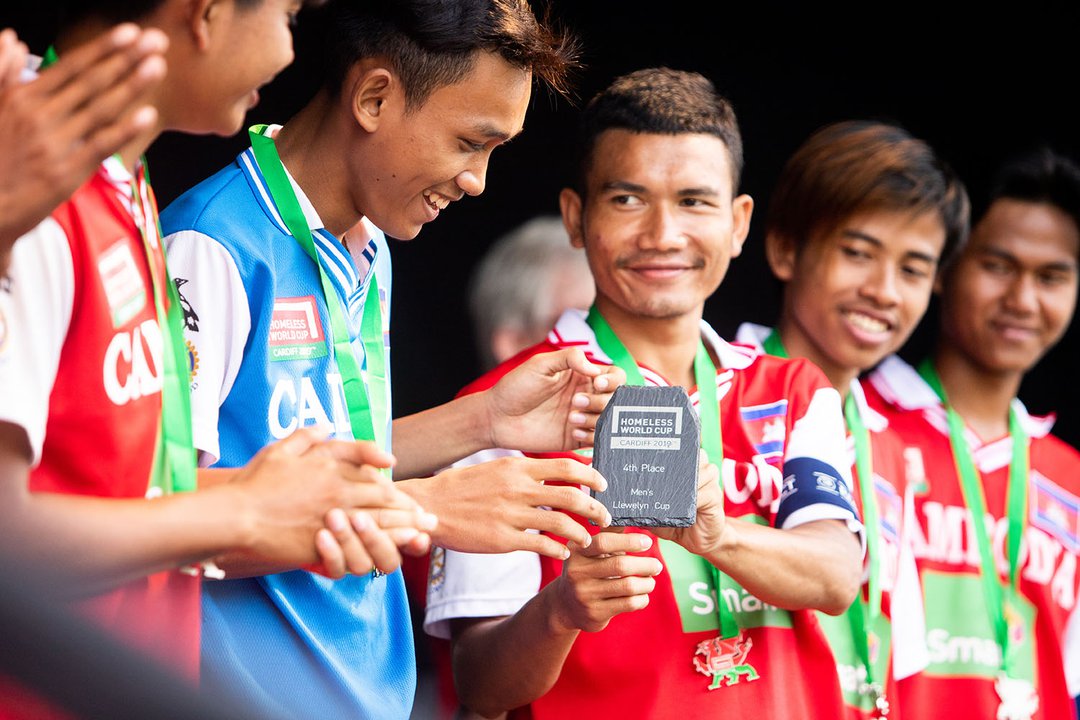 HFCA recently signed a new MOU with our longstanding partner HWCF (Homeless World Cup Foundation) and very much look forward to sending teams to represent Cambodia in the 2021, 2022 and 2023 Homeless World Cups.

Having first entered this huge international event in 2008 when Australia hosted it, Cambodia have taken part a further ten times with seven trips to Europe and three to South America.  As none of Cambodia's neighbours such as Thailand, Vietnam or Laos have entered the Homeless World Cup our team represents a region with a total population of 190 million and all our players consider it a great honour to represent the Kingdom of Cambodia on the world stage.

"In the first quarter of 2020, HWCF has been delighted to formalise the relationships with our 70+ existing partners across the globe, by signing Partnership Agreements. These outline responsibilities for both HWCF and the partner in terms of governance, stakeholder relations, skill sharing and aspirations for growth. Since HFCA has been a valued member of the HWCF Network since 2008, the maximum 3-year Agreement was signed, with the intention to review and renew in the beginning of 2023. It is an opportunity for increased communications and mutual learning amongst partners."

"Having a Khmer team as a well-established partner in Asia is a valuable asset to the Network, as HWCF seeks new partners in the region. The consistent participation of Cambodia in the HWC annual events for more than 10 years has resulted in many fond memories for both players and staff. The enthusiasm and fair play attitude of the team has won hearts around the world – including last year’s example of wanting to learn Welsh whilst in Cardiff!"

"In a developing country such as Cambodia and in the especially dire area where Cambodian Children's Fund works, there are few opportunities to truly aspire and even fewer examples of those who have transcended their environment. The Homeless World Cup provides the youth here with hope and a tangible goal. Despite the desperation and struggles faced by these youths, there are living examples of those who have transcended their situation."