Please Take a moment to remember Cambodia's former King, Norodom Sihanouk who has reigned since 1941.

His death has fallen on the Annual Festival for the Dead. May he rest in peace. King Norodom Sihanouk died on October 15, 2012 at the age of 89 in Beijing, China of natural causes.

Norodom Sihanouk was the undisputed father of his country to most Cambodians. The Cambodian royal chronicles, dating from the middle of the fourteenth century, continued a tale of strife in which periods of triumph and conquest alternated with eras of defeat and vassalage. Although the connection between the Khmer kings of the chronicles and the ancient Khmer dynasties celebrated in legend has never been established, the people regarded Prince Norodom Sihanouk as the direct descendant of an ancient lineage in whose accomplishments they took great pride. 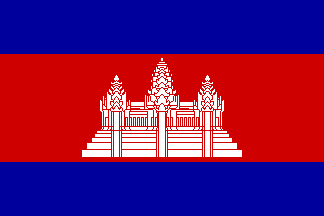 National Day of Mourning in Cambodia

As you may be aware, on Monday the 22nd of November 347 people were killed and another 410 injured in a stampede that occurred during the annual Water Festival.